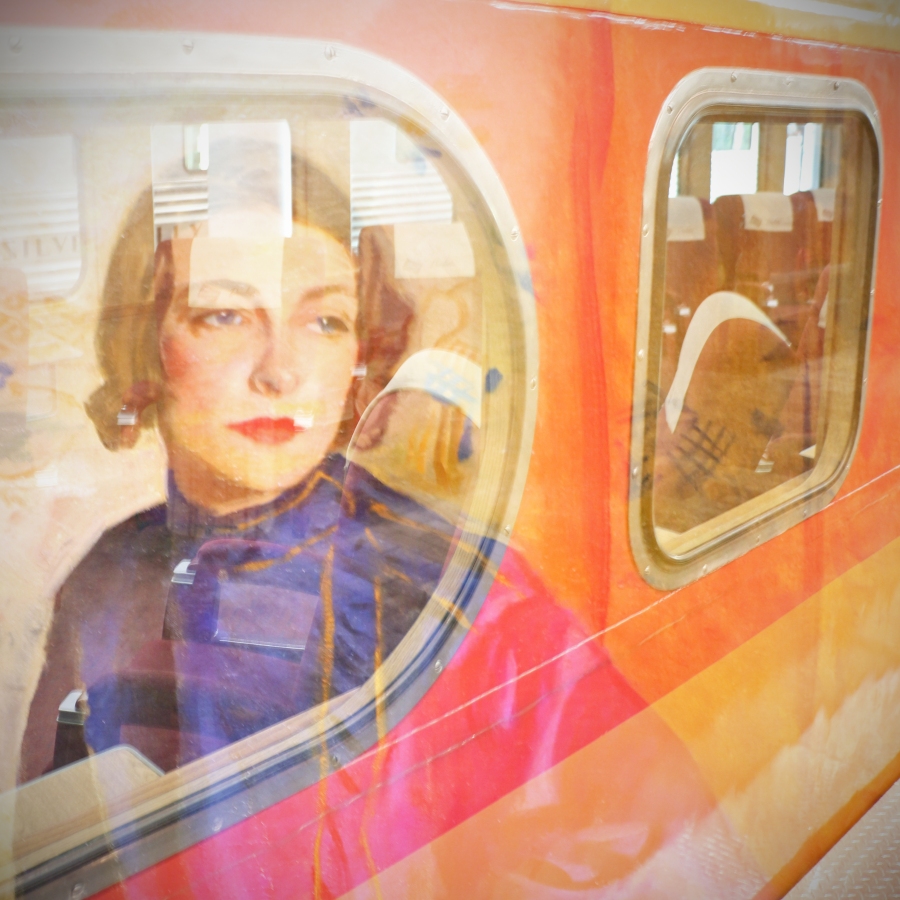 The train slowly gathered speed as it pulled away from the station. The sound of the wheels rattling against the tracks was something she found soothing. It established a kind of rhythm that, at least momentarily, drew her thoughts away from what she was leaving behind. From what had happened there.

The weekend had started pleasantly enough. Fourteen guests at Richard’s country house gathered for two days of good company, good food and an endless supply of cocktails. Feeling the need to stretch her legs after a heavy luncheon, she had spent much of the first afternoon wandering rather tipsily through the elaborate gardens. Lurching awkwardly on the uneven ground, she had grabbed the arm of a naked nymph, using the statue to catch her breath and her balance for a moment. It was then she had caught her first glimpse of Daphne, light dress flowing softly in the breeze as she bent to smell a pink rose. “The visual cliché of that scene should have served as a warning,” she thought wryly.

No matter. She had introduced herself to Daphne and the way the weekend then unfolded became inevitable. Their attraction was immediate, visceral. She was not one to restrain herself, certainly not. She had given herself over to their mutual passion joyfully. Indeed she had reveled in their physical contact, relishing the feel of Daphne’s thick, dark hair and the curve of her hip. So the weekend had passed until they found themselves in the garden once again, holding hands as they prepared to say good-bye.

“Lily, dear Lily,” Daphne had said. “What shall I tell Herbert once I return home? I cannot stay with him. Not now. Not after, you know…”

“Oh,” she had uttered in an attempt to gather her thoughts. “Oh. Dear child, this, what we shared these last two days, it was lovely. Truly. But it was a dalliance not a romance. I don’t expect we shall see each other again unless by happenstance.”

“A dalliance?” Daphne’s cheeks had flamed an unattractive, blotchy red as her eyes narrowed. “You seduce me and have the nerve to call it a dalliance. What kind of woman are you? Such effrontery I would have thought beneath you.”

She had sighed, walking a few steps away to distance herself. “I am sorry you misunderstood, Daphne, but I am also certain you know the seduction was mutual. I did not mislead you in any way.”

At that, Daphne had run back to the house without another word. So they had parted.

Now here she was on the train, watching the countryside slide by as she headed home. “A man who engages in dalliance is called a libertine,” she mused. She liked the sound of that, the way it spoke of freedom from convention and restraint. Yes. That’s how she would refer to herself in future. That’s the kind of woman she was. No more misunderstandings. “Libertine. Libertine Lily. It has a certain je ne sais quoi,” she thought, leaning back in her seat as the train rolled on. She closed her eyes then and nodded off.

*Note: Usually I write the story and then create/choose the art to go with it. In this case, I created the art this afternoon and then was moved to write a quick bit of fiction to go with it as I thought it needed a story.  A bit of fun.

The art is a composite of photos taken at the Museum of Arts and Sciences in Daytona Beach.

You are free to reblog or share a link to this story.  You are not free to copy or otherwise reprint this story without my explicit permission.  Thank you.